About the Sgt. Alfred B. Hilton Foundation

The mission of the Sergeant Alfred B. Hilton Memorial Fund, Inc., is to preserve his memory, establish a memorial in his honor, educate the public about Harford County’s only native Medal of Honor recipient, and highlight the impact of the nearly 185,000 United States Colored Troops who valiantly fought for the Union during the Civil War.

Successful Foundation accomplishments to date include facilitating the naming of the Rte. 22 bridge over I-95 as the Sgt. Alfred B. Hilton Memorial Bridge. 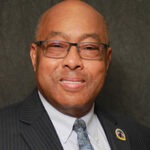 Curtis Beulah, Chairman of the Board 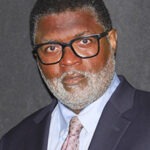 James D. Thornton, Vice-Chairman of the Board

James D. Thornton, Vice-Chairman and Design Sub-Committee Chairperson, is Principal of the Thorwood Real Estate Group, LLC. As former Senior Vice President of MBNA, he was tasked with top-level negotiations with entities such as the NFL.  Previously as Vice President & General Manager of Sears Automotive, he was responsible for operations in over 800 stores nationwide. Jim is Treasurer on the Board of Directors for the Hosanna School Museum, where he handled all aspects of an AAHPP Grant of $100,000. For too many years the history of African Americans has been under reported or not reported at all. When I became aware of the heroism of Sgt. Hilton, I felt an appropriate memorial should be erected to honor our great American hero. 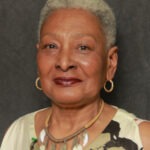 Helen Edwards, Secretary of the Board

Helen Edwards, Board Secretary, is a graduate of Bel Air High School and holds a BS Degree in Social Welfare from Morgan State University. A graduate of the Harford Leadership Academy and the U.S. Academy of Health Sciences, Helen served seven years in the U. S. Army Reserves as a Medical Laboratory Specialist. She has served on various boards and committees in Harford County, and is currently the President of the Women’s Auxiliary of Sgt. Alfred B. Hilton American Legion Post 55, and a member of Ames United Methodist Church.  Ms. Edwards joined the Committee to help educate the public and bring attention to the accomplishments, sacrifices, and dedication of Colored Troops, especially from Harford County. 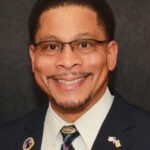 Henry (Hank) Allen, Treasurer of the Board

Board Treasurer, Henry (Hank) Allen, is a 23-year Veteran of the U.S. Army Active, National Guard, and Reserve Components; and is currently a Systems Engineer at the US Army Aberdeen Proving Ground Md. He has served as Commander of the SGT Alfred B. Hilton Memorial American Legion Post 55 in Bel Air, Maryland for three years. As a member of Ames UMC, Allen serves as Trustee, SPPRC member, and on the Audio/Video Ministry team. He believes the mission of the Sgt. Alfred B. Hilton Memorial Fund committee to be an extremely important effort to recognize the heroism and bravery of Sgt. Hilton and other African Americans in the fight for freedom and justice. 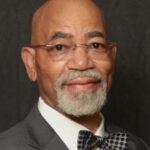 Phillip B. Hunter, a native of Selma, Alabama, graduated from Tennessee State University in 1970, and the University of Kentucky, College of Law, in 1973, with a Juris Doctor Degree.  He was a Yeoman Seaman in the U.S. Navy, and a Captain with the Judge Advocate General Corps in the U.S. Army. He is a retired Attorney Advisor in Procurement & Contracts, with over 31 years of federal service. A member of various local civic organizations, and an advocate of equal justice for all.  He and his wife Yvonne have adult sons, Phillip N. R. Hunter and Michael Basil Hunter.  Phil joined the Committee to help share the legacy of a courageous Black American Soldier who fought and paid the ultimate sacrifice for this country. 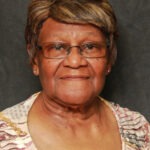 Mrs. Evelyn P. Clayton is a Harford County native, currently residing in Churchville, Maryland.  She too is a graduate of Harford County’s formerly segregated school system.  Ms. Clayton was previously employed with the Maryland State Department of Education, Baltimore, Maryland, and the Harford County District Court.  She is a life-time member of Sgt. Alfred B. Hilton Memorial Post 55, and a Founding member of the Sgt. Alfred B. Hilton Memorial Fund, Committee. An active member of Ames United Methodist Church, where she has worshipped her entire life, Mrs. Clayton hopes to help bring about an awareness of African Americans contributions to the History of Harford County. 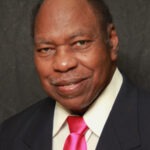 Mr. Godfrey Clayton is a former substitute teacher at Central Consolidated School, (now Hickory Elementary) in Harford County’s formerly segregated school system.  He has a BS in Business Education from Maryland State College.  After serving honorably in the U.S. Army, Mr. Clayton became Harford County’s first Black Parole & Probation Officer, a position he held for 36 years.  He is a life-time member of Sgt. Alfred B. Hilton Memorial American Legion Post 55 as well as a life-time member of Kappa Alpha Psi Fraternity. Godfrey is a member of Ames United Methodist Church and a Founding member of the Sgt. Alfred B. Hilton Memorial Fund Committee.  He joined the Committee to awaken an awareness of African Americans who have contributed to the History and Freedom of Harford County. 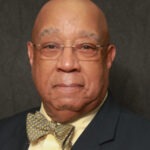 Lawrence Diggs, Events Sub-committee Chair, is a retired New York State Bureau Director with the Civil Service Commission, and employment and training administration with the New York State  Department of Labor.  Lawrence started his State career service as a New York State Correction Officer in 1967. He received his primary and secondary education in New York Catholic Schools and higher education at Fordham University and City College of New York. Lawrence joined the Alfred B. Hilton Foundation based on his interest in African American history and continuing interest in the subject. He states that he has a need to participate in the preservation of African American history. 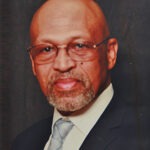 Dwight Perry, Chairman of the Location Committee, is a graduate of Edgewood High School, . He served in the U.S Army as a Medical Specialist. He worked as a Project Manager at Aberdeen Proving Ground. Dwight also worked in the manufacturing industry where retired in 2015. After retirement he has spent most of his time working  in the Veterans community and lobbying Congress to support military and veterans legislation. Dwight resides in Edgewood with his wife who is also U.S. Army Veteran. He joined the committee to make sure that SGT Alfred B. Hilton’s service and sacrifice will be forever remembered. 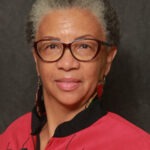 T. Roxann Redd-Wallace, a member of the Location & Design Sub-Committee, is a native of Harford County, who served 23 years active duty in the U.S. Air Force. Before her retirement in 2002, as a Master Sergeant, she was a Military Training Instructor and Certified Substance Abuse Counselor, and Radio Communications Analyst. After retiring she worked as a Certified Nursing Assistant caring for senior citizens, before becoming the Program & Education Coordinator at Hosanna School Museum from 2017-2019. Roxann joined the Committee in because of a deep desire to see the long overlooked and varied contributions of Harford County’s Black citizens acknowledged and celebrated.